The Police Department of a major Midwestern city had an antiquated video surveillance system to monitor high-traffic intersections. The previous integrator did not provide adequate support for the Hikvision cameras they installed several years ago, and the system was not working anymore. With the cameras out of service and wireless chains not communicating, they called i2c Technologies to help design a reliable and affordable system.

Two fixed Axis P3228-LVE 8MP cameras were mounted on utility poles on opposing corners, creating a square zone focused specifically on the intersection. In conjunction with the fixed cameras we installed an Axis P5624-E PTZ camera that can be used to focus in on known trouble spots for a more detailed capture. Additionally, with the use of Vaxtor, a license plate recognition (LPR) software, onboard an Axis 1786-LE camera we were able to dedicate a camera to capture license plate data.

Four cameras and LPR software can be a strain on bandwidth but the Ubiquiti wireless units we installed have a high throughput and can handle the demand. However, in the event a wireless unit went down the police force wanted redundancy for recordings. Therefore, we mounted a local edge-based server at the top of the utility pole and hardwired it to each camera so that in case a wireless unit went down there would never be lost recordings. Additionally, an officer can remotely connect to the server at the pole with their laptop and download the video footage.

The Lieutenant who was in charge of this project was very pleased with the system we designed and is impressed with the reliability and quality of the cameras. They plan to cover the entire city with a similar system at every major intersection. With the combination of license plate recognition and higher optics cameras the police department is more equipped to protect the community and efficiently utilize their resources. 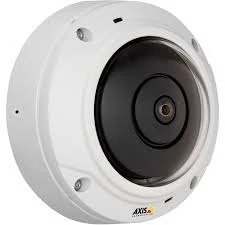 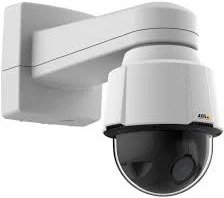 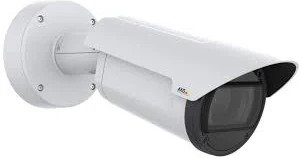