How a Security Camera System Will Benefit Your Restaurant 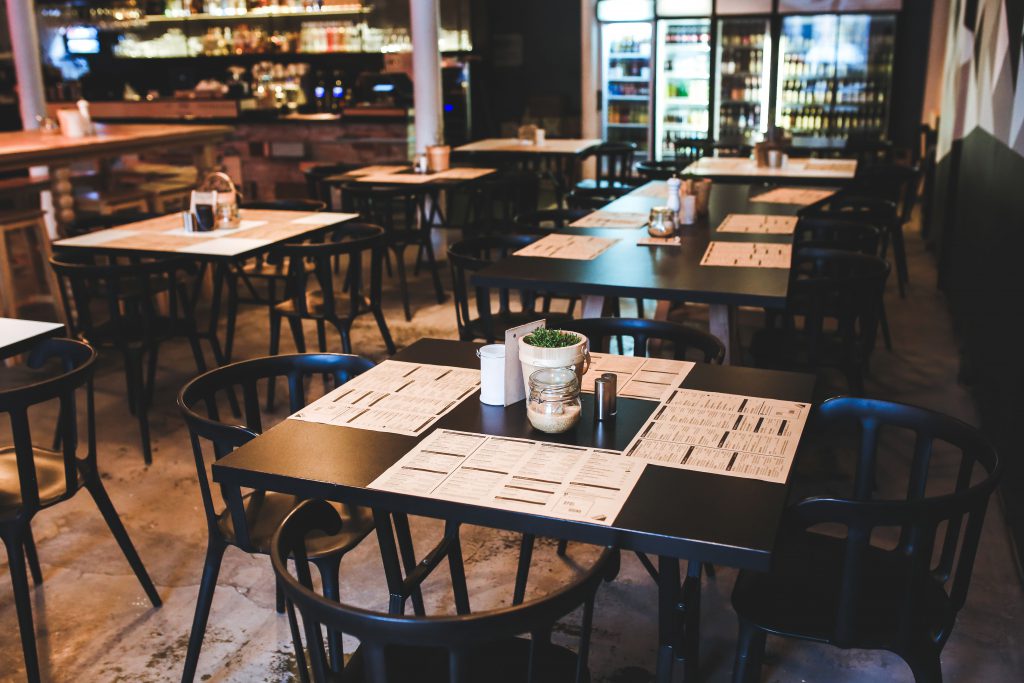 Customers may not readily associate security cameras with dining out, whether at a sit-down restaurant or a fast food franchise. After all, many laypersons think of monitoring and surveillance only in terms of high-security venues such as hospitals, jails, and government buildings. Restaurants don’t seem to fit that bill.

Retail businesses have to worry about shoplifting and organized retail crime rings, of course. But what crimes plague the hospitality industry, and restaurants in particular? And what benefits can security cameras provide?

Many benefits, as it turns out. Installing a security camera system in and around your restaurant to monitor your entire premises is a wise move. And i2c Technologies wants to be your restaurant’s security solution provider. Read on to learn more about what you can do to protect your hospitality business.

Crime Rings Have Branched Out from Retail to Hospitality

Crooks are always looking for ways that they can profit at the expense of others. And criminals strive to stay one step ahead of business owners and the law.

Many people outside of the restaurant industry might be surprised to learn how valuable used kitchen grease can be.

Grease is just a leftover byproduct for those who cook at home. But in a large enough amount, like the volume produced at a busy restaurant, this “yellow grease” is worth real money.

That’s because rendering plants can convert this yellow grease into biofuel. Thieves know this, which is why they often strike at night, stealing grease from restaurants with suction hoses and then selling it illicitly.

In 2019, 100 pounds of used cooking oil was worth around $25, according to the U.S. Department of Agriculture. Federal agents broke up a crime ring that same year that had stolen an estimated $3.9 million worth of this yellow grease from restaurants in Virginia, North Carolina, and Tennessee over a period of five years.

By one estimate, the rightful owners of old kitchen grease lose $75 million each year to crime rings.

Just as an electrical substation uses surveillance to protect itself from thieves anxious to steal copper wire for resale, so should a restaurant safeguard its grease from slippery bandits.

Installing a security camera system near your restaurant’s storage tanks will help you to protect this valuable commodity. The presence of security cameras may act as a deterrent for many would-be thieves. Those who don’t get scared off will be easier for law enforcement to identify and track down.

Fast Food Restaurants are a Target for Robberies

Organized gangs of thieves may steal commodities like yellow grease, but that doesn’t mean that restaurants are shielded from more familiar types of theft. One example is armed robbery.

Fast food restaurants (also known as quick service restaurants) may be particularly susceptible to this type of crime. There are a number of reasons for this.

Robbers may target fast food restaurants because many customers still pay for their meals there with cash rather than with credit cards or apps. In addition, fast food restaurants often open early in the morning or stay open late at night to accommodate their clientele. Robberies occur more often when thieves have the cover of darkness on their side. Thieves may also plan their nefarious acts for times when they think that restaurants will have fewer staff members on duty.

Restaurant thefts run the gamut from armed robberies like this one in Toledo to silent, petty crime like customers stealing from tip jars. In fact, in 2019, surveillance cameras aided in the arrest of a man who had stolen money from the tip jar of a Tiffin ice cream shop.

Unfortunately, theft incidents are not just perpetrated by outsiders.

It’s a sad fact that workers across industries steal from their employers. This phenomenon is not confined to any one part of the economy. Combine a lack of security cameras with frequent employee turnover and a busy work environment, and the potential for employee theft increases.

In the restaurant industry, there are a variety of ways in which employees might look to take advantage of a lack of proper surveillance for personal gain.

Employees stealing cash from the restaurant is a very real possibility. But so is inventory theft. A security camera installed in a place like a walk-in cooler may prevent workers from going there to hide out while they consume stolen food or drinks. In addition, cameras may catch employees who attempt to lift numbers from customers’ credit cards.

Security cameras may also empower restaurant owners and managers to spot employees engaging in time theft by having their coworkers clock in for them even though they are still at lunch or on break.

Obviously, being open to the public is an essential part of the business model for a restaurant. Most of the time, this works out well. People come in, get their food, pay, and then leave without incident.

But for those times when fast food arguments escalate into physical altercations, it’s good to have the objective eye of a security camera system watching over the conflict. Franchise owners then have footage of the incident that they can share with law enforcement, if necessary.

One bad fall can ruin a business. Literally.

Slips and falls are common workplace injuries, especially in fast food restaurants, which tend to use a lot of oil during meal preparation.

Unfortunately, certain employees and some customers may look to take advantage of this situation. Lawsuits related to slip-and-fall incidents have risen more than 300 percent since 1980.

Frivolous slip-and-fall lawsuits from unscrupulous litigants could destroy your restaurant business. Installing a security camera system could empower you to demonstrate that such an incident was staged by the claimant and thereby avoid heavy losses in court.

Trust the Experts at i2c Technologies

If you’re in the restaurant business, a security camera system could be your greatest ally. Don’t let robberies, internal theft, or unjustified lawsuits dictate the unnecessary end of your business.

The professionals at i2c Technologies have designed and installed security camera systems for businesses in nearly every economic sector. We only use genuine equipment from Axis Communications that is guaranteed to be free from malware. And our video management software is user-friendly and allows you to easily review recordings and share footage with law enforcement.

Contact i2c Technologies and order up a customized security camera solution for your restaurant today.