The Benefits of Video Surveillance Systems for Ohio Police Departments 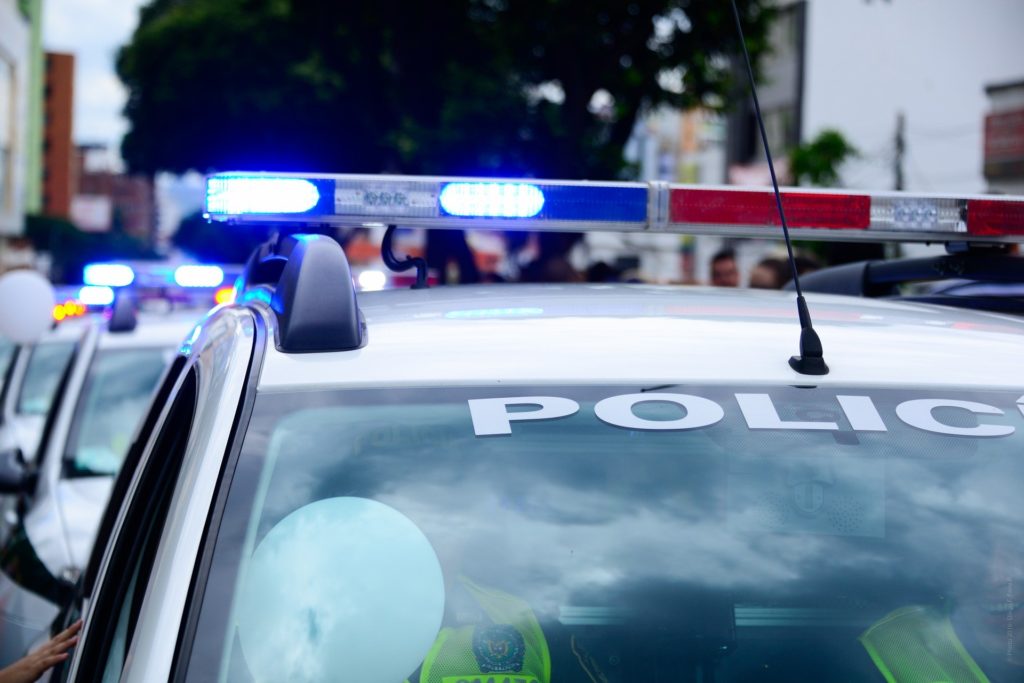 Read on to learn about the advantages video surveillance systems provide to law enforcement and why an i2c system is the best choice you can make to help your police department better serve and protect your community.

Your police department will experience a number of benefits when you choose to utilize an integrated IP-based video surveillance system to aid in your law enforcement efforts.

Here are just some of the advantages that an integrated video surveillance system will provide to your police department:

Sometimes the fear of being recorded is enough to prevent a person from committing a crime in the first place. This may be especially true of relatively minor offenses such as vandalism. But don’t underestimate the value of a highly-visible, well-placed security camera to deter even more destructive criminal acts, like theft and violence.

No matter how experienced or well-trained your department’s officers may be, there are still limitations to what the human eye can detect. This is especially true at night, when dealing with large crowds, or in fast-moving and chaotic situations.

In the event of a riot or a protest that turns violent, a security camera system will be able to record individuals and actions that might initially escape detection by law enforcement officers. Departments can expand their reach by utilizing state-of-the-art specialized security cameras that have the ability to record panoramic views, pan-tilt-zoom, and capture actions in low light with infrared or thermal capabilities.

Some types of video surveillance equipment have been crafted to address and combat specific crimes. One example of this is license plate recognition cameras, also known as LPR cameras.

These specially-designed surveillance devices enable law enforcement to scan for, identify, and record the alphanumeric sequences found on license plates. LPR cameras can record up to 1,800 license plate numbers in a minute. The software in these cameras is then able to check this captured data against the information contained in stolen vehicle databases and watch lists.

In contrast, for human officers, the work involved in scanning and recording license plates and then scouring databases for matches is time-consuming and onerous. LPR cameras can make all the difference in fighting crime. Real-time, on-the-ground surveillance is the most efficient way to address these crimes regardless of your department’s size.

Recorded footage can be helpful not just in identifying potential suspects, but also throughout the legal process. And when police departments use IP-based security cameras, as opposed to outdated analog cameras, the footage can be easily searched, reviewed, and shared with relevant investigators and authorities.

In addition, eyewitness testimony, unfortunately, often isn’t 100% reliable. Having recorded footage of disputed events is the most effective solution for addressing this human shortcoming. Security camera recordings can serve as a definitive testimony on the actions of suspects. But that’s not all. Surveillance camera footage of a contested incident can also protect officers against accusations of unlawful actions in the field.

Another great feature about state-of-the-art security cameras is their versatility. They can be on-duty at all hours, which is especially important for police departments in small and medium-sized municipalities.

Effective installation locations include, but are not limited to:

Security cameras placed at busy intersections can be very effective. If the surveillance equipment is highly visible, this encourages drivers to obey speed limits, refrain from running red lights, and operate their vehicles more safely overall.

When drivers fail to adhere to traffic laws, security cameras will record their infractions. Security cameras also capture accidents and other out-of-the-ordinary incidents on the roadway.

Click here to read a case study describing how i2c Technologies created an effective customized video surveillance system for the police department of a major Midwestern city to use at a high-traffic intersection.

A sad reality is that city-owned infrastructure installations may be on the target lists of terrorists, thieves, vandals, and other bad actors.

Customized integrated IP-based video surveillance systems can greatly aid law enforcement in protecting vital pieces of infrastructure. These include water treatment plants, electrical substations, and other utility installations. In addition, government buildings may also attract the attention of those who wish to harm people and property in Ohio’s communities.

Protecting civic infrastructure is one of i2c’s specialties. In fact, i2c Technologies is an Ohio state term schedule vendor, meaning that we can offer Ohio state and local governments special contract pricing.

Plus, i2c Technologies only uses video surveillance equipment that complies with the 2019 National Defense Authorization Act (NDAA). As an Axis Communications Solution Gold Partner, i2c guarantees that all of our IP-based security cameras and software will be free from malware.

The best way to ensure that there is an accurate, unbiased record of all interactions that law enforcement officers have out in the field is through the use of body worn cameras. This footage provides invaluable evidence in case any incident involving officers ends up in dispute.

Through our partnership with Axis Communications, i2c Technologies can guarantee that all of the body worn surveillance equipment we provide will be secure and that all recorded data will be encrypted to prevent tampering or deletion. i2c can also save your department time and money by integrating body worn solutions into your existing video management software and evidence management software systems.

From our home base in North Canton, i2c Technologies has been providing security and video surveillance solutions to government and law enforcement entities throughout Ohio and beyond since 2005. We also help protect schools and universities, critical infrastructure, and businesses of all sizes.

No matter the size of your police department or your particular needs, i2c Technologies will design a customized video surveillance solution that works for you.

i2c Technologies has the solution for you. We’re ready to exceed your expectations. Contact i2c to request a quote today!